NanoClear uses a proprietary process to alter the wettability of any arbitrary surface to create anti-fogging and anti-frost performance in both consumer and industrial applications.

Several inexpensive/temporary solutions have existed in the commercial marketplace for some time. These solutions involved sprays, wipes, or coatings. The major challenge with these existing solutions is their durability. NanoClear’s proprietary technology provides an inexpensive and permanent solution to fogging problems associated with many consumer wearables and in situations where frost formation is undesirable. 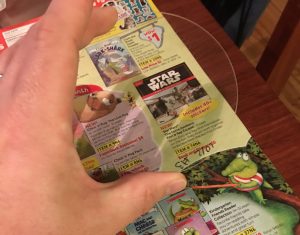 NanoClear’s unique, patented process technology is not a coating. Rather, the textures are produced in the target material itself so that the material is inherently anti-fogging. This is achieved by leveraging the mature, high performance, and high throughput semiconductor processes that have been used to create increasingly more powerful computer chips for decades. Moreover, NanoClear’s approach is simple and has achieved an extremely high-level of performance without the need for expensive lithography or patterning steps.